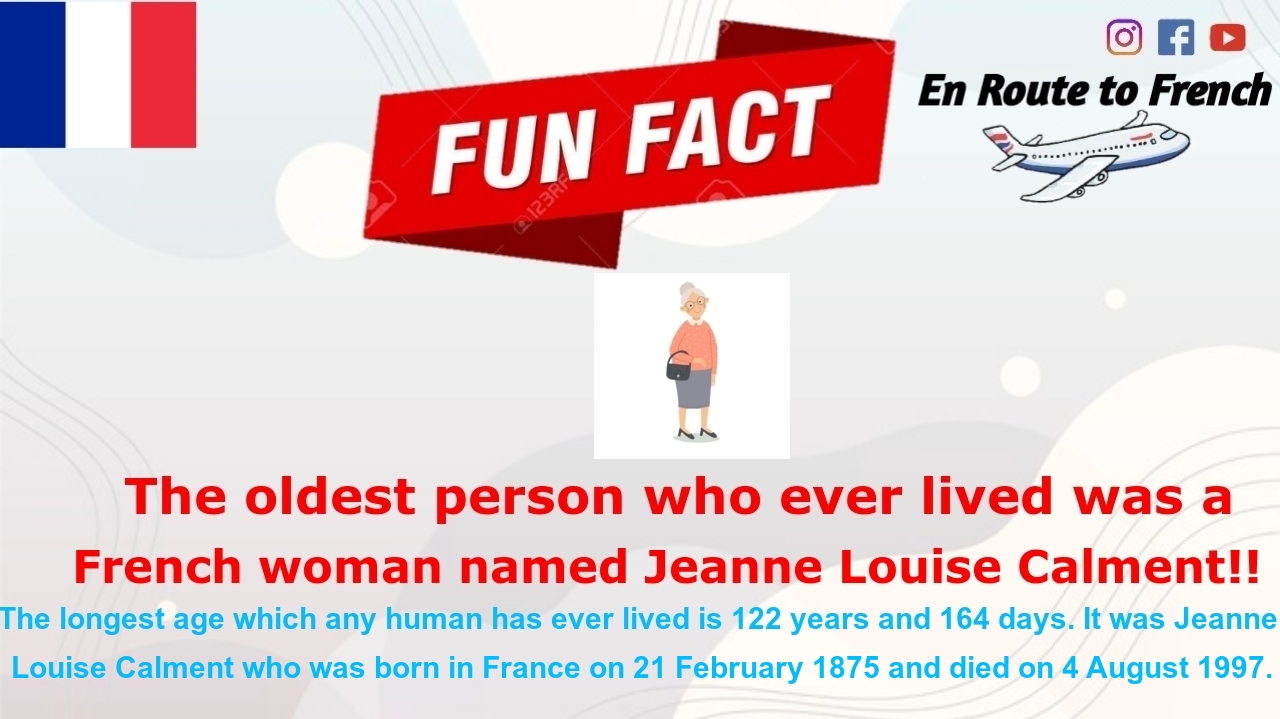 The oldest person who ever lived was a French woman named Jeanne Louise Calment!!

The longest age which any human has ever lived is 122 years and 164 days. It was Jeanne Louise Calment who was born in France on 21 February 1875 and died on 4 August 1997. She lived through the opening of the Eiffel Tower in 1889, two World Wars, and the invention of television, the modern motor car, and airplanes.

Category : Do You Know
Tags : Fun Facts
PreviousDo you know – There is someone who married to “The Eiffel Tower”
NextDo you know – Live snails must have a ticket to ride high-speed trains in France!