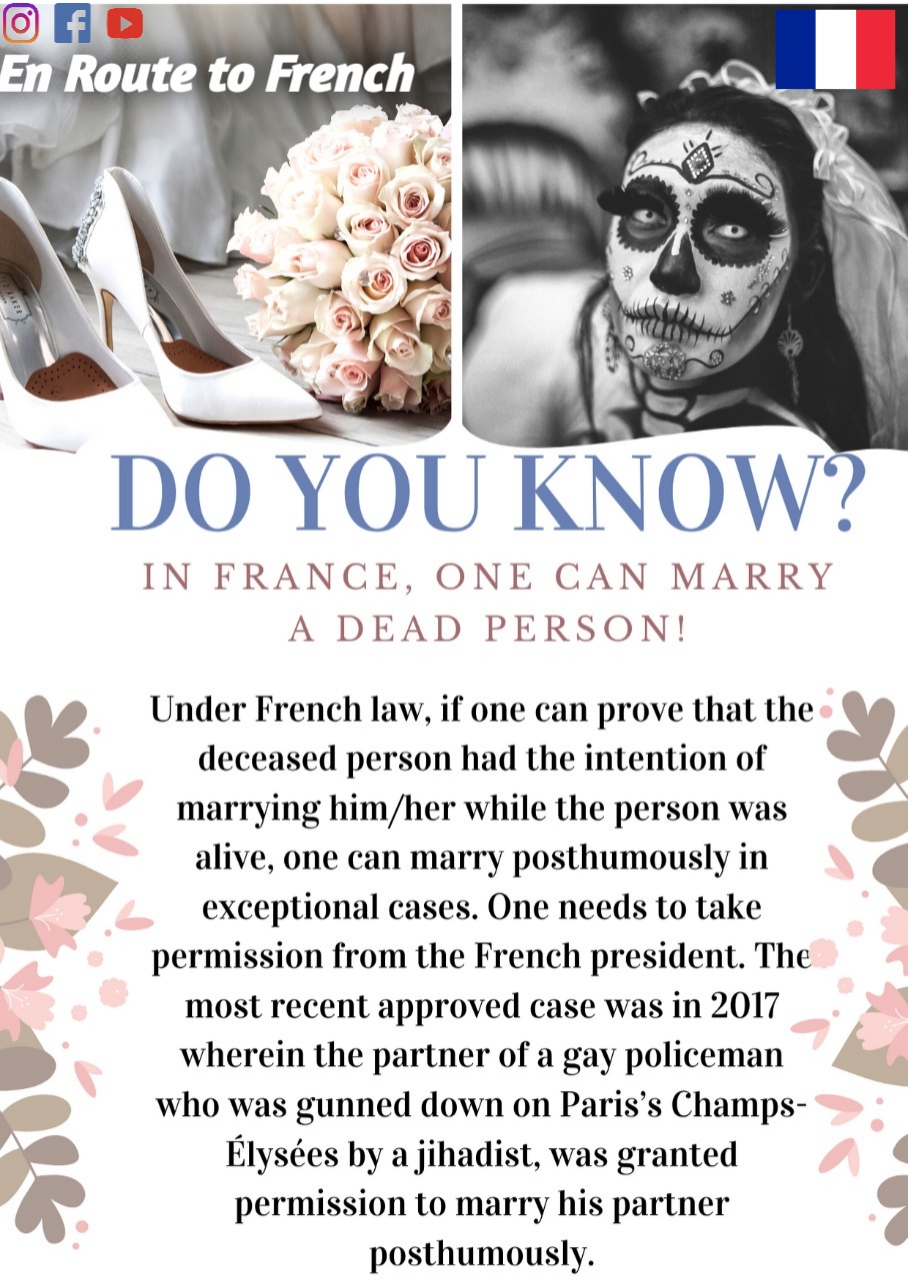 In France, one can marry a dead person!

Under French law, if one can prove that the deceased person had the intention of marrying you while they were alive, one can marry posthumously in exceptional cases. One needs to take from the French president. The most recent approved case was in 2017 wherein the partner of a gay policeman who was gunned down on Paris’s Champs-Elysees by a jihadist, was granted permission to marry his partner posthumously.

Category : Do You Know
Tags : Fun Facts
PreviousDo you know – French Language Doesn’t Have Any Words With the letter “W”
NextDo you know – France has produced the most expensive bottle of wine ever!!