Do you know – Which language is spoken across the entire globe other than English?
enroutetofrench
June 6, 2021
7:20 pm 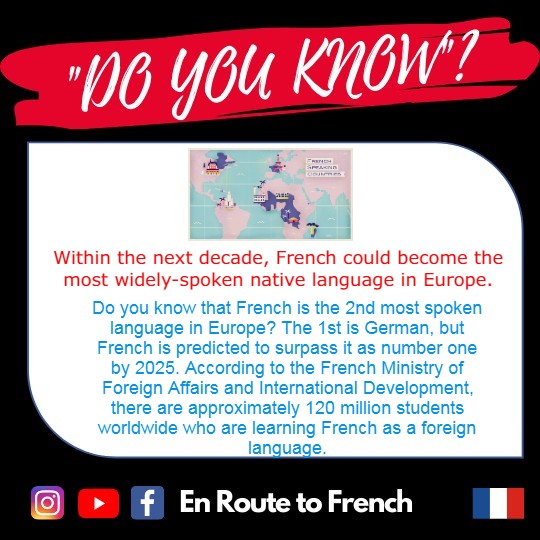 French is spoken across the entire globe

Second only to English, French is among the top languages for the number of countries where it has official status. It is the official language of 29 countries. It is also the only language, alongside English, that is taught in every country in the world. French is an official language in countries such as France, Belgium, Canada, Luxembourg, Switzerland, Congo, Mali, and Senegal.

Category : Do You Know
Tags : Fun Facts
PreviousDo you know – Pronunciation changes all around France
NextDo you know – Which is the most visited nation in the world?